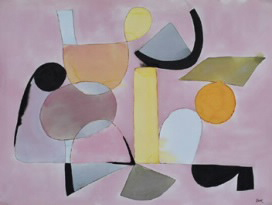 Kwok’s artistic achievements and the large body of work that he leaves behind represent his commitment to making art and his contribution to Chinese American history. Among the fifty works featured in this exhibition are six award-winning pieces, as well as works from Kwok’s personal collection that were on public display for the first time.