Circles and Circuits I: History and Art of the Chinese Caribbean Diaspora 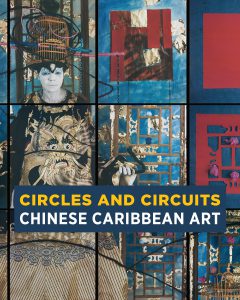 Publication: The exhibition is accompanied by a catalog that will be the first publication devoted to Chinese Caribbean art history and visual culture. Published by the Chinese American Museum distributed by Duke University Press.

Circles and Circuits: Chinese Caribbean Art is part of Pacific Standard Time: LA/LA, a far-reaching and ambitious exploration of Latin American and Latino art in dialogue with Los Angeles, taking place from September 2017 through January 2018 at more than 70 cultural institutions across Southern California. Pacific Standard Time is an initiative of the Getty. The presenting sponsor is Bank of America.

This exhibition is organized by the Chinese American Museum in partnership with the Asian/Pacific/American Institute at New York University and the California African American Museum. Curated by Alexandra Chang, A/P/A Institute at NYU, and Steven Y. Wong, CAM, in coordination with Mar Hollingsworth, CAAM. Lead support for this exhibition and publication is provided through grants from the Getty Foundation. Major support provided by the Friends of the Chinese American Museum with additional support provided by Daisy Chow and Eugene Lam; the Department of Cultural Affairs, City of Los Angeles; and Doré Hall Wong.