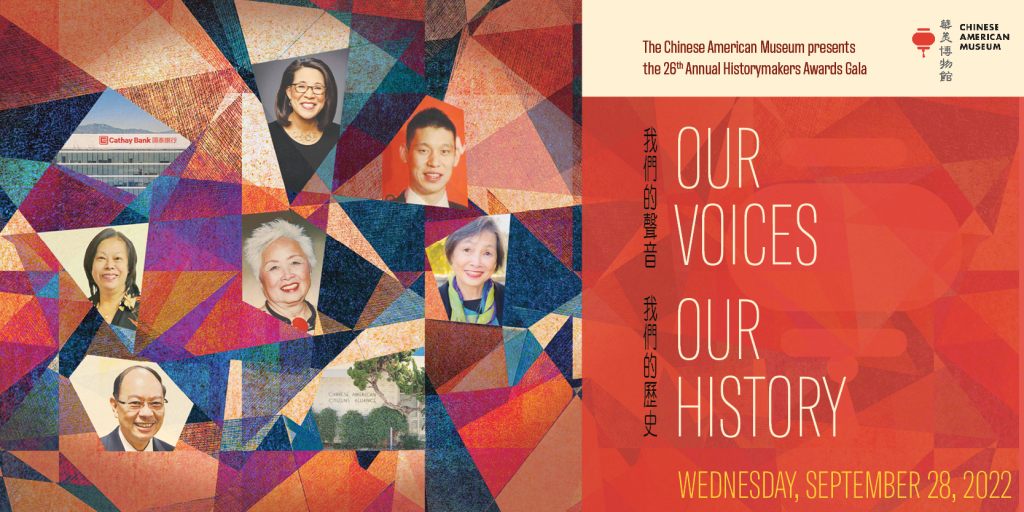 The Chinese American Museum proudly announces our 26th Annual Historymakers Awards Gala on Wednesday, September 28, 2022 at the Westin Bonaventure Hotel and Suites. The gala’s theme, Our Voices, Our History highlights our honorees’ achievements in amplifying the voices of the Asian American communities through representation and advocacy in media and civic engagement.

There are many ways you can support the Chinese American Museum. Consider making a donation to sponsor our Annual Historymakers Gala so that we can continue to honor those who continue to amplify the voices of Asian American communities through representation and advocacy. Click below to learn more about the different ways to sponsor us!